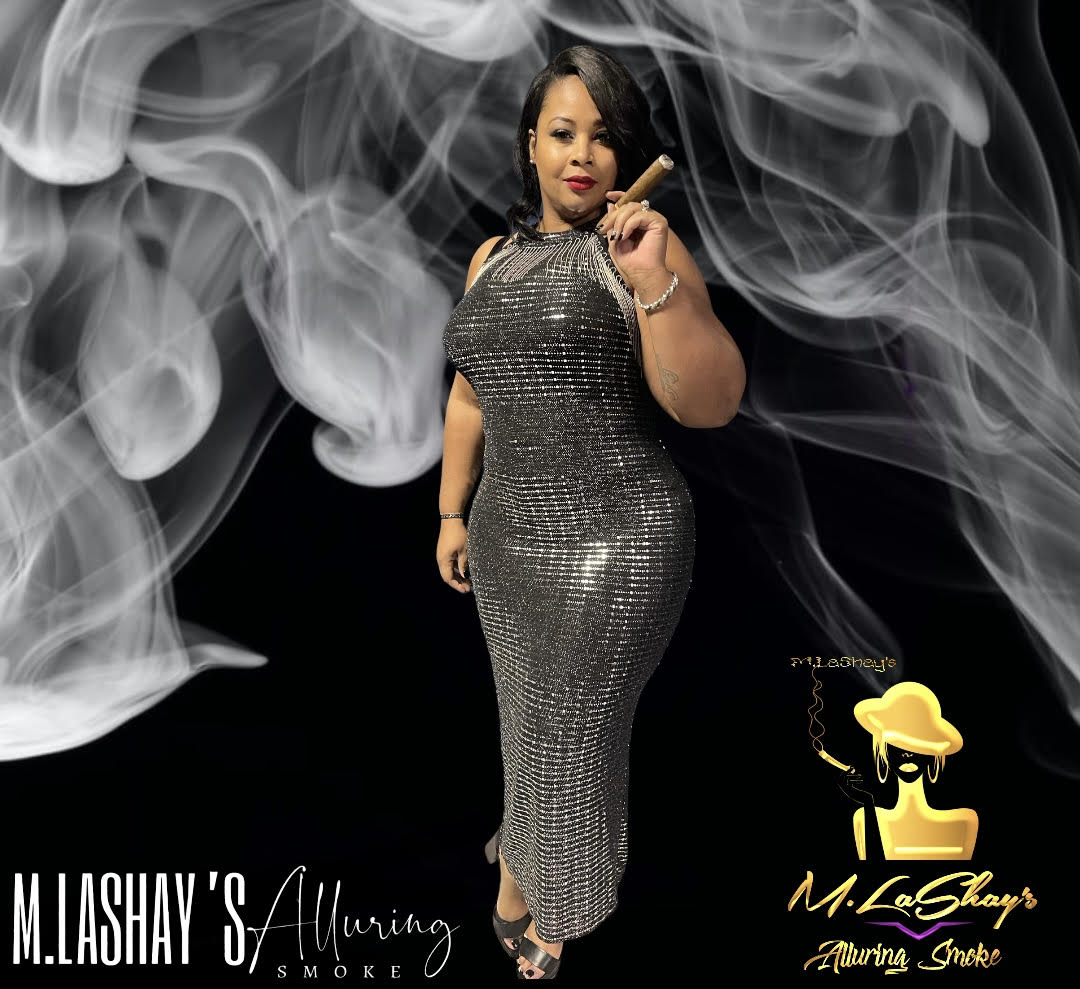 The M.Lashay’s brand started as a nail polish line. Melissa (owner & distributor) started her business with nail Polish then launched more products under a skin care line. Til this day Mel makes cuticle oils, sugar scrubs, bath salts, cleansing bars, detoxifying cleansing bars, trendy wear & now her new baby M.Lashay’s Alluring Smoke. Melissa became interested in the cigar culture when she assisted her husband in launching his cigar brand. She learned the culture, the smells, the taste of the leaf, pairing with your favorite drink of choice and more.

Once her husband brand got up and running they began doing events., they both noticed how sometimes sales don’t start until she lights her cigar (hence the name alluring smoke). Melissa got many compliments from people who never smoked in their lives but wanted to try because of the atmosphere she created. It was one day when her husband said “babes I want you to come out with your own cigar line”.